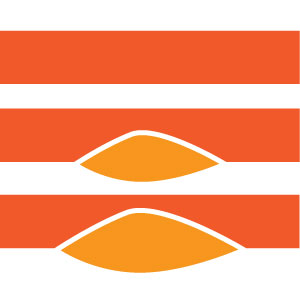 Posted on: September 13th, 2015 by ILC Hungary Info No Comments

Arteriosclerosis (or atherosclerosis) is the last stage of a kind of vasoconstriction that involves the thickening and hardening of arteries.
More specifically, this condition involves the accumulation of plaques inside our blood vessel walls that lead to calcification, making the arteries less flexible and more fragile.
Finally, as blood pressure increases (due to the small diameter) and walls become more vulnerable to cracking, thrombosis happens which can lead to death.
Click on text to skip:

How does atherosclerosis evolve?

What kind of circumstances are blocking the production of ACHA?

Stress: The manifestation of stress proteins blocks considerably the production of proteins along with ACHAs (ACHA is produced by plasma cells located blood).

Lifestyle: Sedentary life and obesity decreases the efficiency of the vascular system, so also affects the production of anticholesterol antibodies.

Poisons: Toxic substances getting into our organism through smoking, air pollution, pesticides, medications, and foods are also blocking the production of ACHA.

Food:The most significant factor leading the growth of atherosclerosis is our nutrition quality. Once again, it is not about the cholesterol intake. The important is what we eat exactly in terms of food quality and quantity.

Remember, our organism extracts only 5-10% of cholesterol from food.

In the other hand, the key factors are the vitamins, essential amino acids and micronutrients we consume. The problem arrives with the lack of essential resources in our body, the presence of harmful compounds, or in most cases simply both.

Due to the need for mass production and money driven interests, the quality of food comestibles is bad, causing the effects mentioned in the Cholesterol menu.

Contagion: There are several places in our organism where bacteria can reside. Part of them got such poisons, which could be released, whereas the membrane of other germs is the poison itself. After the death of these bacteria their membrane dissolves and the poisons – also called endotoxins – are absorbing into the organism.

If this happens in the stomach and they are getting into the intestines, the bail can detoxificate them.

If it doesn’t encounter with bail (bail acid is made from cholesterol) the detoxificating effect is being canceled, which can undireclty reduce the production of ACHA and help the evolving of atherosclerosis. In this case the problem induces itself.

Contagion is one of those factors, which can often cause atherosclerosis, but not always because of our wrong, unhealthy lifestyle.

Mouth flora: Germs are also found residing inside the mouth cavities. They are found in aerobic (oxygen rich) and anaerobic (oxygen poor) conditions. From these, the anaerobic ones are especially harmful, primarily for ruining the teeth. They are living in the gaps between the teeth, but in the case of the enamel’s damage, they can get inside the teeth as well.

They are also containing endotoxins, which like certain medications can be absorbed through the mucous membrane. Here is no bail as in the intestines to detoxificate so the effect is stronger. Soft drinks, alcohol and smoking can also destroy the mouth’s health.

We have an another reason, that acknowledge how important the oral hygiene is.

Atherosclerosis and the world:

Vascular diseases consist of 60-70% of the world’s total illnesses. More specifically, the United States has over 100 million people suffering from atherosclerosis conditions. Furthermore, other first-world countries main cause of death illnesses are based on cardiovascular diseases. Finally, every year more than 25 million people die due to atherosclerosis and its side effects.

Atherosclerosis is considered as the “black death” of our era. The difference is, that while the black death affected every tenth person of the population, atherosclerosis affects every second person during our time.

Nowadays, atherosclerosis is growing at an alarming rate. In some cases, this condition can start surfacing at the early age of 20.

Obesity has significant correlation with atherosclerosis. It is often the main cause of atherosclerosis of course, and however it’s not the only factor, the law of large numbers is speaking for itself. 500 million dollar is spent every day in the USA for obesity related diseases.

Most of the patients suffer this illness between the ages of 45 and 60. As a result, this age group affects society in a larger way, both monetarily and psychologically (this age group is already master of their profession, is the main tax source for the government and takes care of their young family members). Many children is left with one parent, or alone for an orphan because of atherosclerosis.

Arteriosclerosis (or atherosclerosis) is the last stage of a kind of vasoconstriction that involves the thickening and hardening of arteries. More specifically, this condition...

Cholesterol is an essential part of our living organism, found in both human and animal cells. Without cholesterol organisms are incapable of living. Our...

Comments or questions are welcomed.