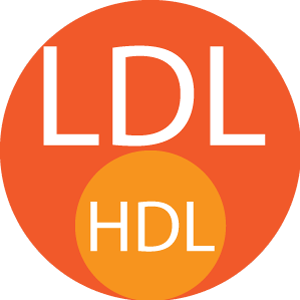 Posted on: September 13th, 2015 by ILC Hungary Info No Comments

Cholesterol is an essential part of our living organism, found in both human and animal cells. Without cholesterol organisms are incapable of living.

Our bodies absorb cholesterol by attaching it to a specific protein (it is insoluble in blood on its own due to its fatty-like structure). These “attachments” are called lipoproteins and many variations can be found in blood.

The two most significant lipoproteins are:

Both of the lipoproteins mentioned above are absorbed and utilized in our body through a process called cholesterol metabolism. Nevertheless, HDL and LDL are configured differently resulting on a variation in terms of acquisition and use; HDL can be directly utilized while LDL can be absorbed through a more complex mechanism.

Cholesterol has managed to get into the popular culture due to its connection with atherosclerosis. High cholesterol levels are assumed to be the cause of arteriosclerosis. We will review and discuss the facts and misconceptions regarding cholesterol revealing its importance and vital role in our organism.

Hereinafter we explain the most mainstreamed deceptions surrounding cholesterol, mostly promoted by food and pharmacy lobbies. These are the classical but long confuted statements, which are saying “cholesterol is our enemy, high cholesterol causes atherosclerosis, LDL is the bad cholesterol and we should avoid foods with cholesterol.

None of them are true.

The presence of cholesterol is not harmful, it is actually required by every cell in our body to function properly. In the other hand, atherosclerosis begins when the body cannot process cholesterol correctly; excess cholesterol is stored in blood vessels. This is caused by a change in the cholesterol metabolism discussed above where there is a deficiency in absorption and utilization.

The using of cholesterol in our organism covers a large variety of purposes; its absence can lead to several serious problems. The most important functions of cholesterol are:

As a matter of fact, naming HDL “cholesterol” is incorrect as it is actually a lipoprotein molecule containing a small amount of cholesterol (only 5% of it makes part of the whole molecule).

The reason why HDL is positively seen is because of its immediate absorption as cholesterol is attached to a protein part of the lipoprotein molecule, enabling cells utilize cholesterol directly.

LDL is also a lipoprotein molecule where cholesterol is also attached, but it’s molecular structure stands out like a spike-form from the lipoprotein, blocking our organism from absorbing it.

Consequently, our body uses an “anticholesterol antibody” (ACHA) which captures the LDL cholesterol in order to make it absorbable. After every cholesteol of the LDL had been covered by an ACHA molecule, the organism can utlizie it as well.

Using terms such as “good” or “bad” cholesterol is deceptive because the healthy ratio of the LDL and HDL molecules in the body is 2:1. This means that a healthy organism utilizes twice as much amount of cholesterol from the LDL than from the HDL.

If the production of the ACHA molecules is affected, it changes the cholesterol metabolism, so LDL absorption can be halted. As a result, our body would start accumulating LDL’s cholesterol that would cause atherosclerosis (which can lead to death).

Formerly it was claimed that atherosclerosis evolved according to our nutrition. However, during the 1980’s scientific reports proved that food ingested only consisted of 5% of cholesterol used in our body.

The remaining 95% is synthetized by our organism independently; this is called “endogenous cholesterol.” Consequently, there is no significant connection between cholesterol gained by nutrition (5%) and atheroclerosis.

If we would like to have an appearing effect in our cholesterol level we ought to eat 200 eggs a day. Healthy nutrition is definitely important but giving large importance to the content of cholesterol in food is irrelevant. Therefore, we should pay more attention to other substances  found in food that we ingest such as additives, preservatives, stabilizers, coloring, and the antibiotics and hormone products eaten by livestock or fruits and vegetables sprayed by fertilizers and pesticides.

A low cholesterol diet will not affect the cholesterol level. For instance, herbivores’ diet consists of plants which do not contain this substance. But of course plant-eater animals need cholesterol too, and also can suffer from atherosclerosis.

It is obvious that these animals produce cholesterol on their own by their organism. Then how could they get the essential cholesterol other way? Clearly not from eating.

In the same manner, humans can also get atherosclerosis, and not because of cholesterol in nutrition. Vegetarians are not exceptions as well.

It is important to understand the problem was never the amount of cholesterol ingested through food rather than other harmful substances in our nutrition. Most importantly, there are other factors in which our cholesterol metabolism can be affected such as stress, smoking, alcoholism, obesity and inactive lifestyle.

As you can see on the pictures, food marketing has still done a great job…

Once again, focusing on the amount of cholesterol in food is irrelevant, what we must pay attention to is the quality and quantity of food (e.g. eating disorder leading to obesity).

Arteriosclerosis (or atherosclerosis) is the last stage of a kind of vasoconstriction that involves the thickening and hardening of arteries. More specifically, this condition...

Cholesterol is an essential part of our living organism, found in both human and animal cells. Without cholesterol organisms are incapable of living. Our...

Comments or questions are welcomed.